In Memoriam of Judge B. Hugh Scott 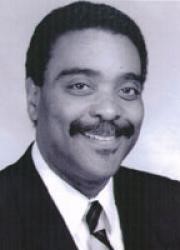 A visionary, leader, and champion for change, Judge Hugh B. Scott led a life of purpose, passion, and mission. A man of many “firsts” Judge Scott dedicated his life to a higher purpose of justice, equity, and inclusion.

Born and raised in Amherst, New York, Judge Scott was one of the only Black families in Amherst. He was one of only three Black Students to graduate from Sweet Home High School. A few years later, he represented a small group of Black students to graduate from Niagara University. Upon graduating from the University at Buffalo’s Law Program, he became the first Black federal prosecutor, and the first Black person to head the state Attorney General’s office in Buffalo. Finally, in 1994, he became the first Black federal judge in Western New York’s history. A man of many firsts, Judge Scott did not want to be recognized solely by his racial-ethnic identity in connection with his firsts; rather, he wanted his legacy to reflect what he did to ensure he would not be the last.

He loved his community and always made sure he gave back in any and every way possible. As a graduate of Niagara University, Judge Scott embodied the true Vincentian mission and spirit through his charitable contributions, service to various community organizations, and most notably, the time spent guiding and shaping future generations of leaders.

Judge Scott was more than a judge; he was a pioneer, an advocate, and purveyor of justice for all. Because of the seeds he planted, we have a robust garden of leaders who walk in his footsteps.  Judge Scott is a reminder that even though you are the first to do something, you can affect greater change by making sure you are not the last.

The Rev. Joseph Levesque Institute for Civic Engagement honors the life and legacy of a man who embodies what it means to be a person to and for others. Judge Scott is a testament to the core values of the Levesque Institute. We thank him for his service to his community and a steadfast commitment to equality and issues of social justice.  May we keep Judge Scott’s family in our thoughts and prayers.